Town Residents Clash with Developers over Chapter 40B Housing Law 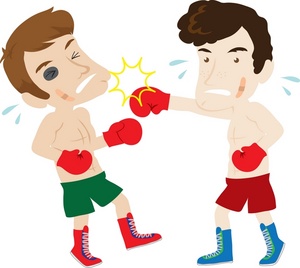 M.G.L. Chapter 40B, Sections 20 through 23, (commonly referred as Chapter 40B) is a Massachusetts law that has been on the books since 1969. The law permits developers to override local zoning laws, and move forward with construction when they include subsidized units in their developments in municipalities where less than 10 percent of available housing is considered affordable. The statute’s goal is to make housing more readily available for lower-income families. However, as prices in the conventional housing market have steadily increased, other challenges have emerged.

Chapter 40B’s original intent was to spur the development of multifamily and affordable housing units in suburban and rural parts of the state. Once a municipality can claim at least 10 percent of its total housing as affordable, the statute no longer applies. Cities such as Boston, Cambridge, Fall River, Framingham, New Bedford, Springfield, and Worcester have already met this quota of 10 percent, but the majority of the state still lags behind (you can access the complete breakdown of the percentage of subsidized housing in each municipality across the state here).

In communities west of Boston such as Brookline, Needham, Newton, and Waltham, conflicts between developers applying for permits under 40B, and town residents who wish to block them have become a trend. While circumstances differ from case to case, the overall narrative is clear: a line has been drawn between developers seeking to build large new complexes that include some subsidized housing, and town residents who wish to prevent the unwanted construction. Residents’ complaints typically point to increased traffic congestion, noise, and pollution as concerns.

Under Chapter 40B, if a town under the 10 percent affordable housing threshold denies a developer the necessary permits, then that developer may appeal to the State Department of Housing and Community Development. Interestingly, a 2007 study by the MIT Center for Real Estate found that between 1995 and 2007, 90 percent of permit applications denied by local zoning boards were appealed by developers. Additionally, it demonstrated that almost a third of these involved outside litigation, and that, “the average time from 40B application submission to receipt of building permit was nearly 2 years.”

These statistics support the argument that, in communities that are resistant to 40B developments, neither supporters nor proponents of the law seem to be willing to give in.

Similar scenarios have unfolded across various towns where the select boards claim that the developers are invoking 40B only to supersede zoning laws, and are providing some units at below-market price in order to circumvent the legislation and drive down their construction costs. The developers on the other hand have pointed to the fact that towns often do not want new development there in the first place, and have used loopholes in their zoning processes to count more housing units as subsidized than what actually exists.

Needless to say, the attitudes of both parties are not in keeping with the original spirit and purpose of the 40B statute. Some developers are using 40B as a cover to reap profits from projects that primarily cater to higher-income demographics, while some towns are doing everything they can to avoid responsibility. This has inevitably led to lengthy, drawn-out conflicts, along with heightened tensions and suspicions among local residents. In most of these disputes, the truth seems to lay somewhere in the middle, making it difficult to determine who is actually at fault.

While 40B is unlikely to be repealed, the state legislature should consider amending it to include more consistent zoning regulations across municipalities, establish a clear definition of what exactly constitutes a subsidized housing unit, and outline uniform project cost estimate methodology for developers. There are arguments on both sides of the aisle, but the focus of 40B seems to have shifted away from helping low-income families find affordable housing. Now, Massachusetts residents watch as two powerful entities, one public and one private, try to outwit each other in gaining the upper hand. Without improved cooperation, many towns and developers may continue to experience this kind of gridlock for years to come before they reach a 10 percent threshold of affordable housing.

Greg Sullivan served 17 years as a state representative from Norwood and was the Massachusetts Inspector General for 10 years during which time, he headed up the first major probe into fraud related to Chapter 40B, found that the finances of only a few 40B projects had been checked, and that those reviewed had understated profits, undisclosed related party transactions and fudged accounting figures. He ultimately uncovered $7M that 40B developers owed to cities and towns but had not paid. He is now the Pioneer Institute Research Director.